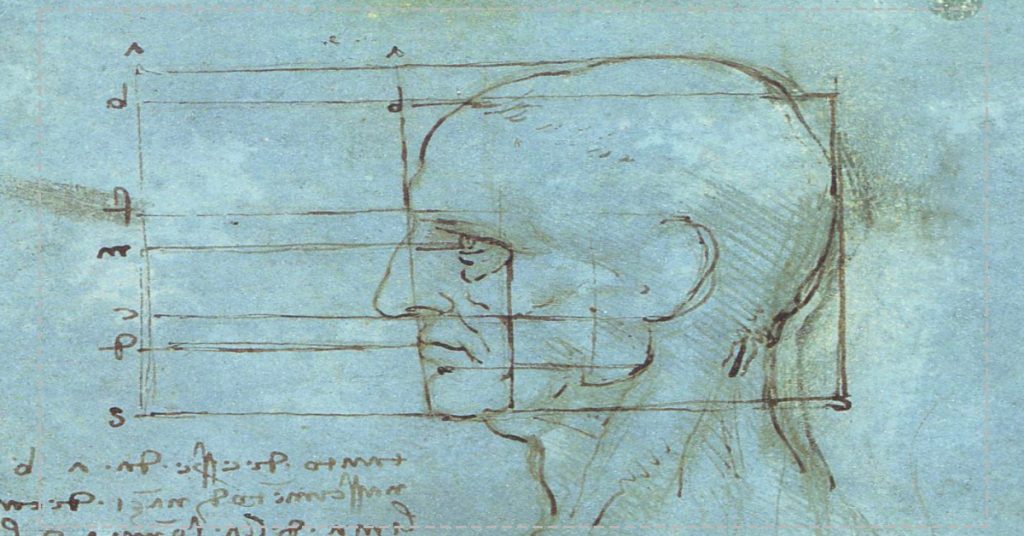 What is a Mature Hairline

Dr. Manish Mittal's quick guide to the importance of designing a natural hairline for hair restoration.

Have you looked at someone’s face and instantly known whether someone is attractive or not. It takes less than one second. This is because our brain scans the face for desirable features and proportions. Leonardo Da Vinci described proportions of the face as 3 distinct areas as can be seen in the image. Interestingly although Da Vinci described the hairline to the glabella as 1/3 of the face, it isn’t necessarily the hairline but how low you wear your hair on your forehead. If the hair is pushed back then the hairline right at the front of the forehead will appear higher, but the key is to ensure the proportions of the face are best maintained at 1/3 for each segment.

As we get older our hairline naturally gets pushed back by 1-2 cms. This is not male pattern baldness but a natural process, this is what is referred to as a matured hairline. On average this hairline will be approximately 8 cm from the glabella region ( this is the area between the eyebrow). The average face from hairline to chin is approximately 21cm, so the average proportion for each section of the face is 7cm. This is why as we get older and the hairline matures it can make a difference to one’s overall face shape. Unfortunately, if the hairline is moving more than 1-2 cm from the origin than this is likely to be more in keeping with patterned hair loss, more common in males.

When we design a hairline for our patients we take a great deal of time considering the face shape, the age of the patient, account for future hair loss, and most importantly what our patient in-front of us wants.

Let’s take each one of the above facets:

Face shape; square face/ round face/ long face. Let’s take the widow’s peak for example. Some men prefer this look and will suit their face. They may have had this hairline when they were younger or that their face is one that appears elongated. This is because it gives the appearance of a slightly lower hairline and brings the face back into proportion.

Have a look at Chris Hemsworth. A straight elongated face suits the widow’s peak, had it have been in line with the rest of hair pushed back, his forehead would have looked a lot bigger in terms of proportions to the rest of his face. On the other hand, feminine hairlines are considered to be lower.

Patient expectations; with all hairline designs it is important to take into consideration what the person in front of you wants. They have an image of what perfect is for them and we work with that image. However it is important we give honest feedback about what is possible, and where the patient’s expectations are unrealistic, we either aim to educate further or with regret not perform a procedure on the patient.

Hope you’ve enjoyed reading the above. It is a short whistle-stop tour on hairlines.

Any cookies that may not be particularly necessary for the website to function and is used specifically to collect user personal data via analytics, ads, other embedded contents are termed as non-necessary cookies. It is mandatory to procure user consent prior to running these cookies on your website.